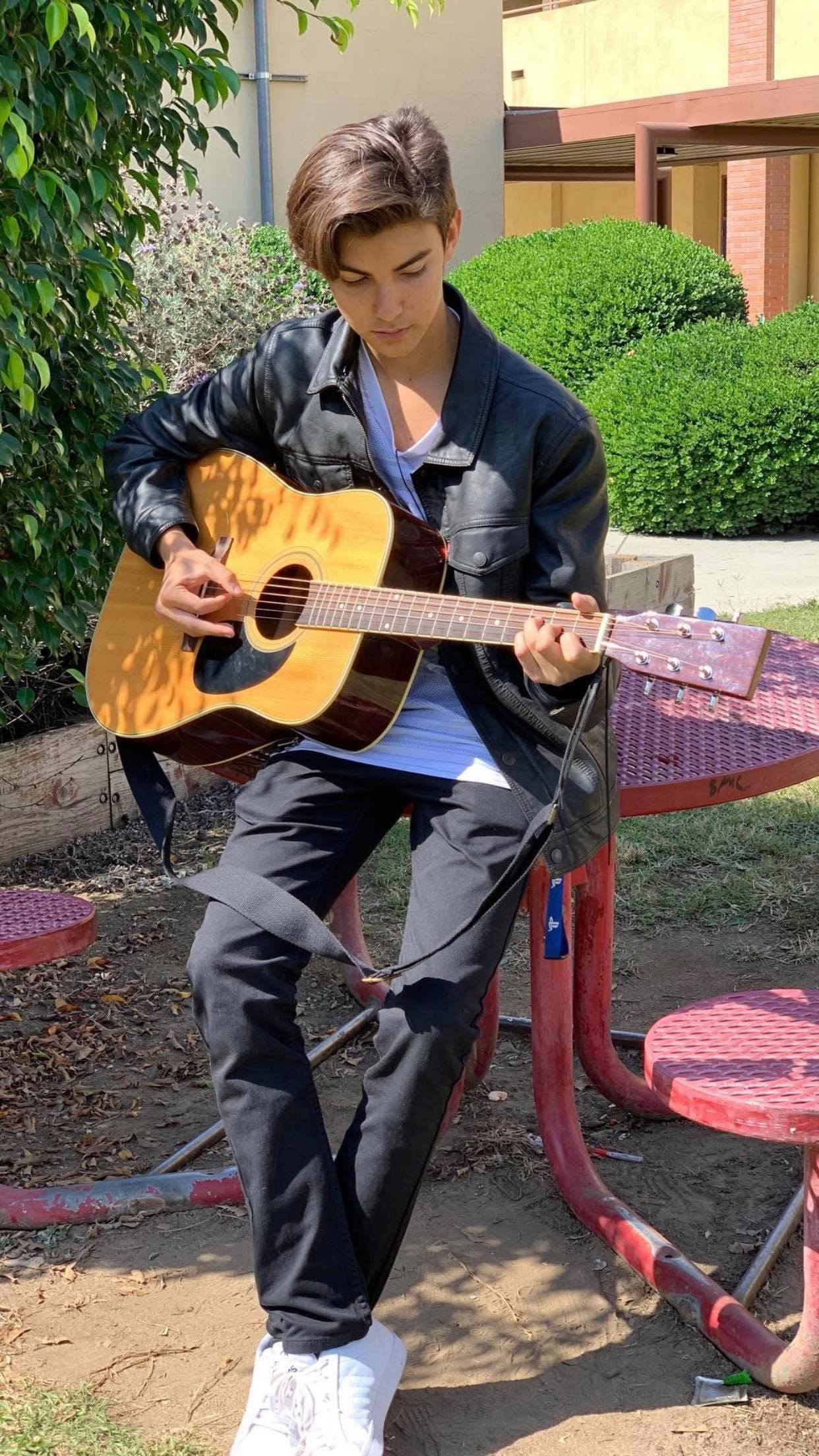 For sophomore Jakob Pabon, music has always been a part of his life, but it was not until the age of 12 when his love for music began to flourish, realizing that music is his passion and outlet to expressing creativity.

Pabon’s passion for music stems from his influential family members, especially those of his father’s side of the family where the musicians reside. Not only were his father and grandfather his mentors who taught him how to play the guitar, but they were the ones who encouraged him to write original songs. After learning the basics of guitar, he has been practicing ever since. He currently owns several guitars: a USA-made Gibson Hummingbird, a USA fender stratocaster, a USA-made Martin D-28, a Martin D-28 replica, and a Takamine.

“My grandfather and dad are the main reasons [why] I have as much confidence as I do on stage and also why I started playing guitar,” Pabon said. “Not only [did] they play the guitar,  [they also] wrote [original] songs.”

Pabon channels his creativity through songwriting, which takes an enormous amount of time. Regarding the process of songwriting, he explains how he records himself as he discovers new chords simply through playing. Once he has all the chords, he utilizes every piece of musical equipment he owns to see what he can create from the recording. During the process, his lyrics are written based off of his own experiences in order to produce a more personal song.

“I play [on] my acoustic guitar a lot more than my electric guitar. I find chords by messing around, and [then I] start to put things together,” Pabon said. “After I’ve found chords, I switch to my electric guitar and use pedals [also known as] effects and see what new sounds I can get.”

Pabon published his first original song, “Backstage,” on his YouTube channel (Jakob Pabon), discussing his experiences backstage before performances. He created a YouTube channel not only for the fun of it, but also as a platform to share his music to the public.

“A lot of people [are] getting big off of YouTube channels, so I was like, ‘that’s something that could get me noticed.’ I tried it, and it’s fun,” Pabon said.

His inspirations, such as The 1975, Stevie Ray Vaughan, John Mayer, Guns and Roses, and Kings of Leon, shape the type of musician he is and the type of music he wishes to play. Pabon, in fact, hopes to pursue music as a career.

“You could say things with your instruments that you don’t necessarily know how to say [with] words,” Pabon said. “[My music taste] is very old school, like [the] 70s, Jimi Hendrix, [and] The Beatles. [But my favorite] band is called The 1975 that’s not really old school. The stuff they talk about is very new, relevant, [and relatable] to what’s happening today.”

Pabon is currently in the process of writing an album.