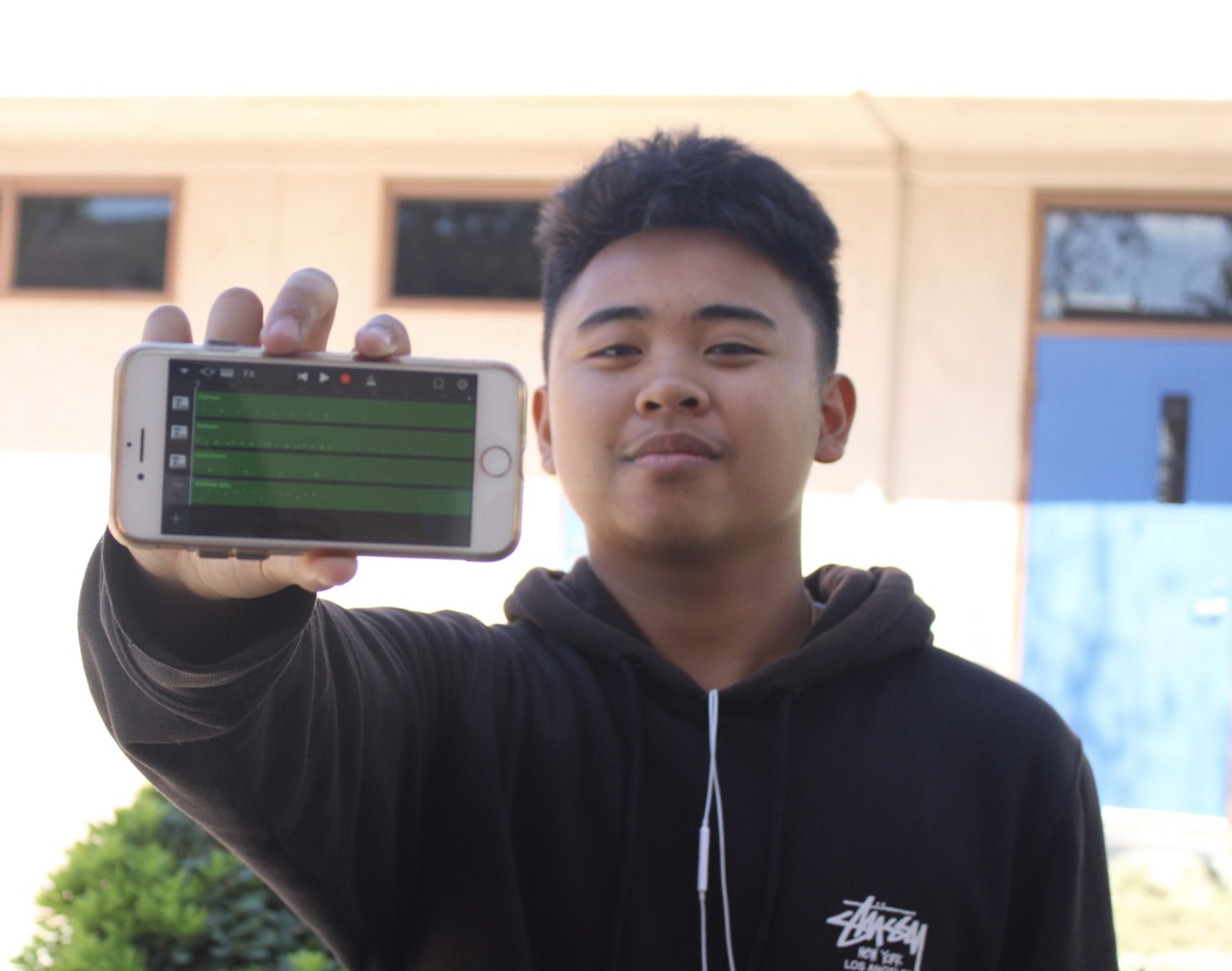 Music has always been a part of sophomore Noah Bernales’ life from an early age. Growing up, Bernales would always hear his father sing and play music around the house. He even began to play the piano at the age of four. However, it was not until Bernales started to produce his own songs did his love for music really begin to thrive.

During the beginning of his freshman year, Bernales came across a YouTube video by audio engineer Pat Ryan, that sparked his interest in the music production world. Inspired, Bernales decided to try creating his own songs. From then on, he embarked on his musical journey and has been consistently producing music for over a year.

“I was watching [videos on] YouTube one day and thought that [producing music seemed] interesting, so I wanted to pursue and see what I could do,” Bernales said.

Bernales’ process of creating music begins with finding a song he likes. He will then use that song as a model and create a similar tempo off of it. With the structure of the song already constructed, Bernales will add new beats and edit the song to match his style. By incorporating other songs into his work, Bernales is able to expand more on what has already been put out there.

“I write my lyrics and play the piano [for my songs]. It’s interesting to me, [because it tests] how creative I can be,” Bernales said.

Bernales plays various genres of music depending on his mood, and enjoys listening to trapsoul, R&B, and hip-hop.

“I just really love music,” Bernales said. “There’s a thing called mumble rap where you can’t understand a thing they’re saying, but you can still roll with it. That’s what I really love about music—it’s the feel from it.”

Currently, Bernales’ main goal is to reach the same level of talent as his inspiration, Ryan, and eventually exceed beyond that. He is passionate about producing music and hopes to turn this hobby into a career one day. Bernales’ music tracks can be found on his Instagram (@nohanna.b) as a Story Highlight called “Beats.”