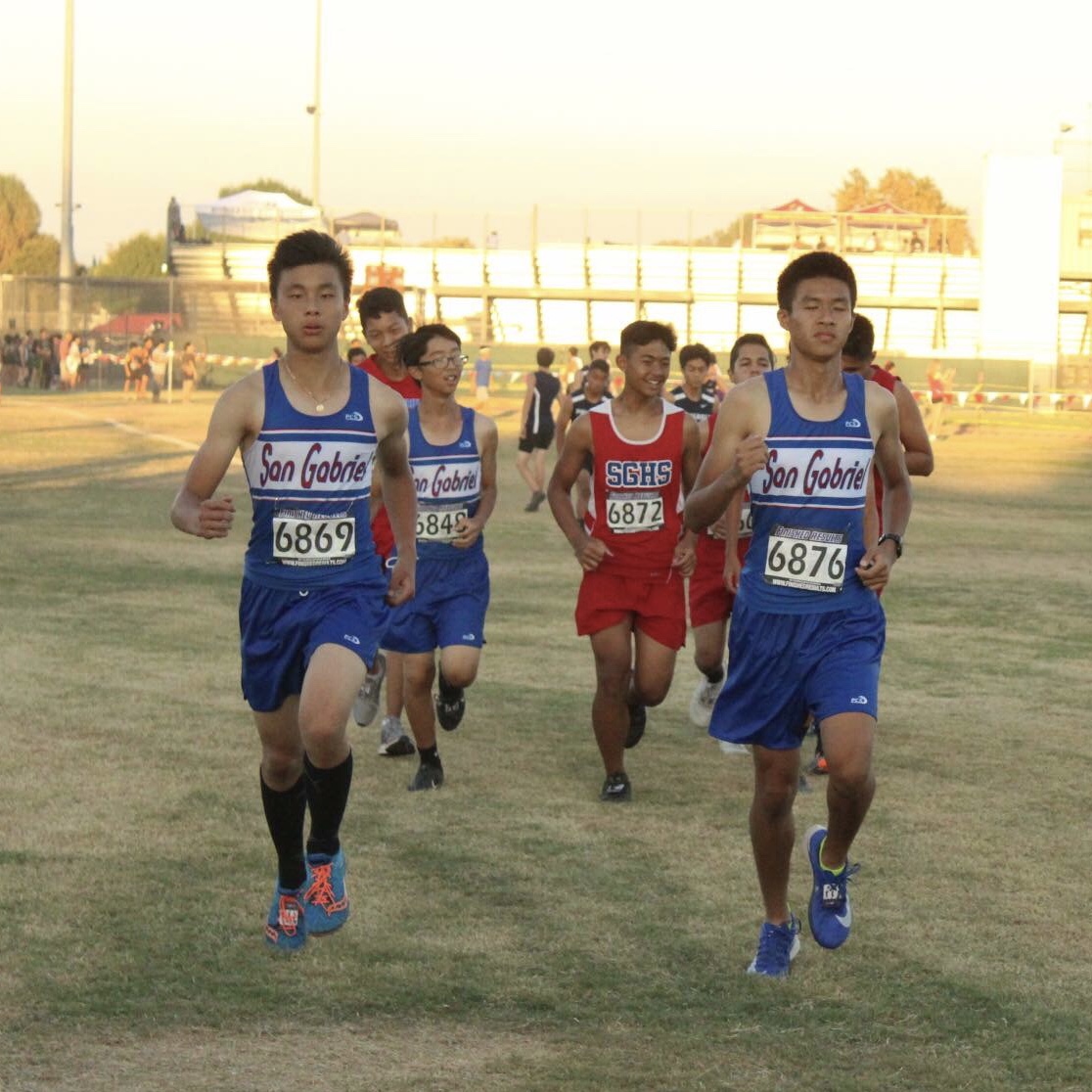 The rush of adrenaline overcame both new and old members as runners gathered behind the starting line.

“There’s always the pressure of your personal goals and how well you’d like to do at the back of your mind,” sophomore Jasmine Flores said. “I did my best to ignore them because I constantly reminded myself that this activity is my passion.”

With the surge of new members, many underclassmen were eager to participate in their very first race.

“The race was intimidating considering it was my first time running with such a huge group of people,” freshman Aidan Phan said. “I hope to hit under 21 minutes in the next race.”

Among this group, freshman Sophia Quach achieved a time of 24:57. Quach placed 40th out of 91 runners and received a top 60 medal in the freshmen girls’ division. Quach said that she was in disbelief as the time she ran was better than she anticipated.

“I was pleasantly surprised with my result; the team’s expectations really motivated me,” Quach said. “I hope to receive an even better time next race.”

Despite the abundance of new members, the team has a positive outlook on their upcoming season. Girls’ co-captain Tiffany Chung said that she looks forward to watching her teammates improve throughout the season.

“I feel like everyone who raced yesterday did really well,” Chung said. “Many personal records were broken and even though some [members] may not be content with the times they’ve got, there will always be more races in the upcoming season.”

The first league race for cross country will be held at Legg Lake Park in South El Monte on Sept. 26.