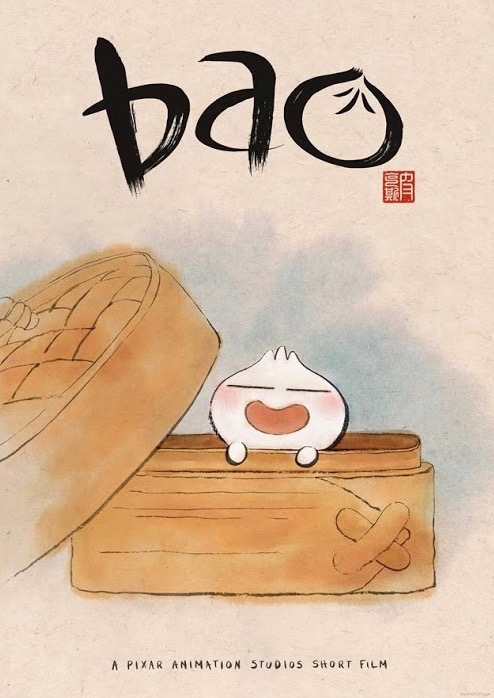 The Pixar animated short film, Bao, was played in theatres before Incredibles 2. This eight minute long film was the first Pixar short to be directed by a woman, Domee Shi. Her inspiration  came from her background as a Chinese immigrant raised by protective parents in Toronto.

Bao revolves around the culture clash between an Asian mother and her rebellious, Americanized son. Throughout most of the film, the mother sees the son as a baozi, a Chinese dumpling usually filled with meat or vegetables. As the movie progresses, the son matures and is ready to leave home. This prompts the movie to take an unexpected yet emotional twist.

The film focuses on the concept of empty nest syndrome, which is a time when parents may feel emotionally distressed after their child has left home. This is a phenomenon that is especially prevalent in immigrant families where parents depend on their children for assistance in navigating their new country.

“We want the short to be fun to watch for [audiences], but also an accurate portrayal of a Chinese mom’s life,” Shi said, in an interview by D23.

From the removal of shoes in a house to the style of clothing and music, audiences can witness aspects of Chinese culture throughout the movie. Little details, such as a rice cooker and tin-foil covered burners were included to create the effect of an authentic Chinese home. The creators of Bao even took several trips to Chinatown to ensure the accuracy in cultural representation.

Overall Bao is a heartwarming film that delivers an emotional story through the perspective of a Chinese mother.