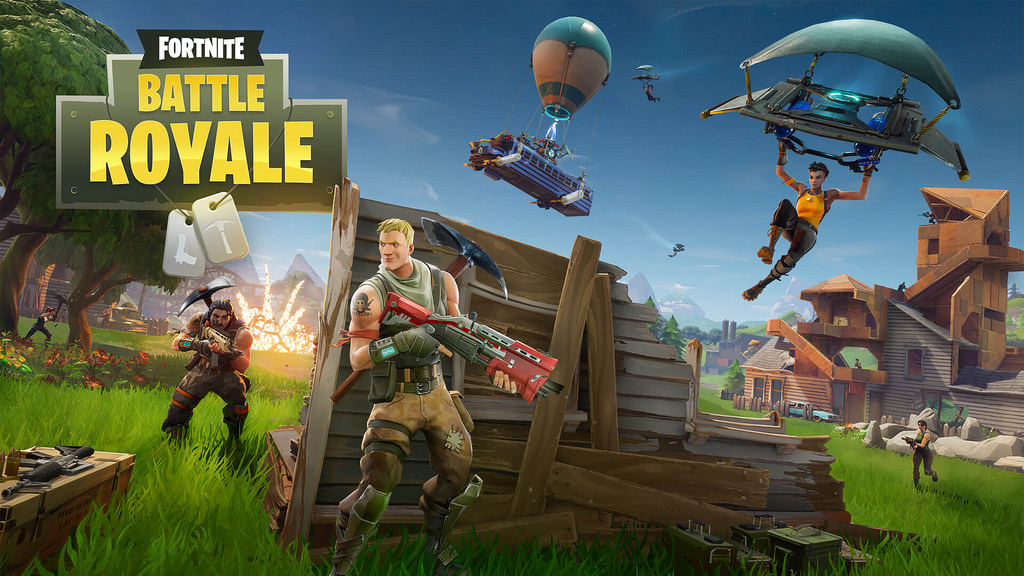 Fortnite Battle Royale (Fortnite) has taken both the gaming community and our school by storm these recent months.

For those who are unaware, Fortnite, developed by Epic Games, is a multiplayer third-person shooter game that focuses on the concept of “battle royale.” In it, up to 100 players are placed on a solitary island where they fight to the death until a single victor emerges while an ever-growing storm simultaneously surrounds the map. Its popularity has skyrocketed recently, evidenced by the constant chatter about Fortnite around campus, and even people imitating the in-game dances and emotes.

Fortnite’s simple gameplay system is one main component in its huge popularity. Its basic mantra of loot, shoot, and build is easily understood, eliminating a complex learning barrier that would normally deter new players. However, despite its simplicity, Fortnite also contains an element of skill. Good players must have quick decision-making abilities, learning to build advantages while maintaining a sharp aim. This contrasting relationship of low skill entrance and high learning curve welcomes new players while also retaining permanent ones.

It is not solely the gameplay aspects, however, that have allowed Fortnite to explode in popularity. Fortnite is completely free—having no price tag compared to other competing battle royale games on the market, such as the $30 PlayerUnknown’s Battleground. This lack of cost removes an immediate price barrier and allows anyone to try their hand at the game. Moreover, Fortnite’s popularity can be attributed to its fast-paced but replayable games. Many Fortnite games are short, lasting from only 5 to 20 minutes. Meanwhile, other similar battle royale games can last double that. Fortnite’s shorter burst of gameplay reduces the time commitment needed to play, while also preserving the sweet and addictive satisfaction of victory, allowing for better enjoyment.

Fortnite’s art style has also attracted many players, especially younger ones. Fortnite features a visual palette of bright and vibrant colors, contrasting from the typical dark of most shooters. Again, it deviates from typical shooter genres with a cartoon character design that focuses on a playful and comical atmosphere. This different design puts Fortnite in a more inclusive genre by not limiting itself to veteran gamers–and it allows Fortnite to appeal to a much wider audience.

Looking towards the future, the question is whether or not Fortnite will remain extremely popular. It has many aspects that give it long lasting potential. But will Fortnite be able to survive the test of time, or will it just be a fad?