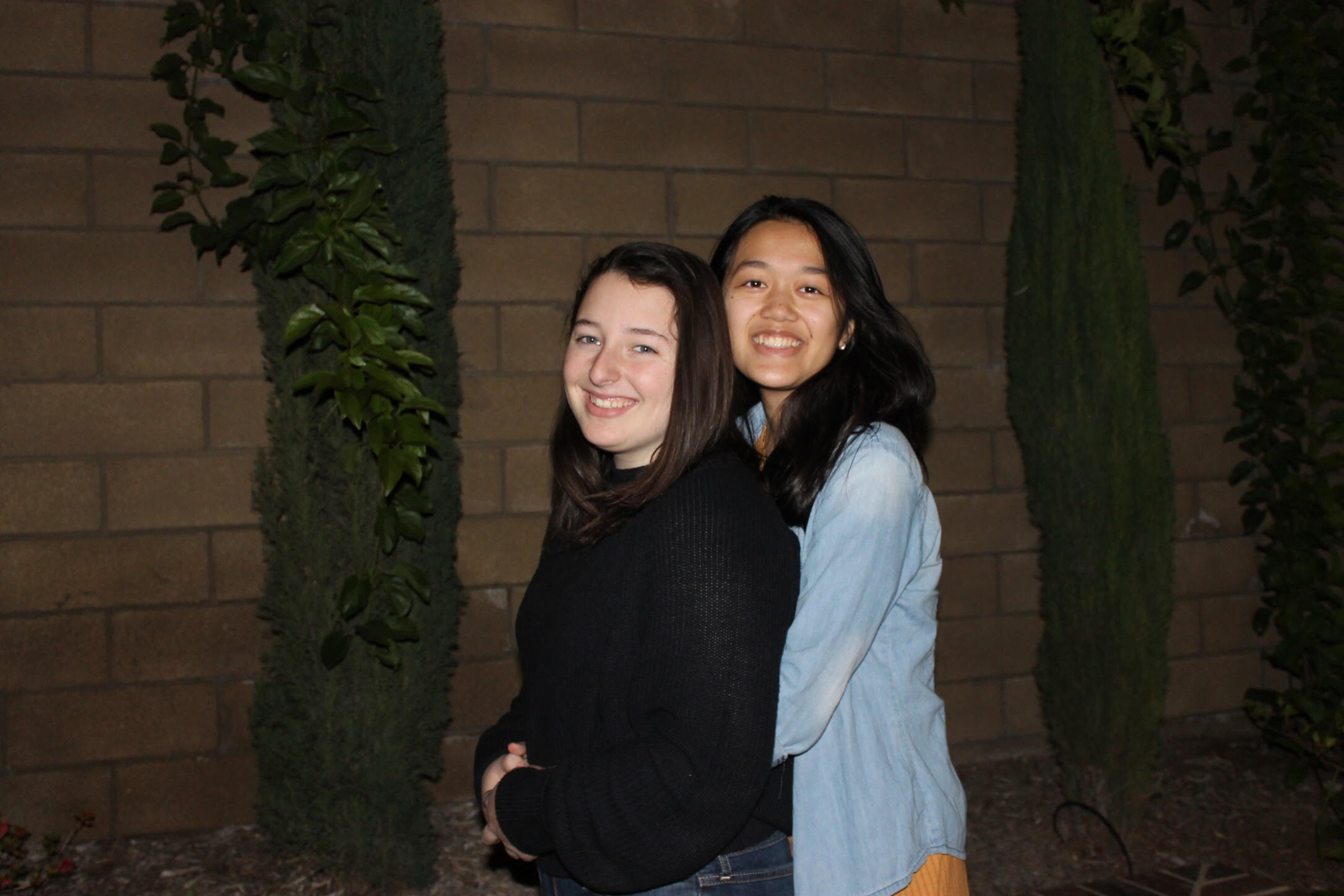 Bright lights shined onto the Matador Band as they prepared to play for a football game halftime show. In the bleachers, the crowd laid silent, waiting for the first sound of music. But rather than focusing on the sheet music in front of them, senior Angela Abutaha and junior Tam Luong’s thoughts were instead focused on each other.

Meeting through a mutual friend in band, both Abutaha and Luong felt as if they “clicked really easily.” From chatting at football games to spending hours in bed late-night texting, the friends began to develop a close, personal bond. After months of talking, texting, and laughing, one of them finally found the courage to ask the big question.

“I started complimenting her [while texting] and then all of a sudden she left me on read for 20 minutes,” Abutaha said. “Maybe I scared her away and then I’m just gonna go to sleep. Then I woke up and saw the flash from her phone, and it’s like ‘Do you like me?’ and I [had a] freaking heart attack.”

After simultaneously texting their mutual friend for guidance, the two friends finally shared their feelings with each other and started their relationship. As an official couple, the lovebirds were  able to do “couple” things, whether it be going out to eat, shopping, or just simply spending time with each other. However, their free-spirited personality is what really connects them together.

“We’re really adventurous and we both like trying new things,” Abutaha said “She used to be kind of shy too but—”

“But she opened me up,” Luong said.

“I opened her up to be more confident and she is adventurous too [with] trying new things like I do, and we kinda fit that way,” Abutaha said.

Despite support from friends, Abutaha still noted how, as a gay couple, “there’s always going to be people looking down on you.” Nevertheless, there were still some who looked at the couple’s bond as wondrous.

Abutaha attributes their strong relationship to their willingness to accept and accommodate each other, and hopes other couples will do the same.

“[Tam] likes BTS, I don’t like pop,” Abutaha said. “There’s foods that she likes, but I don’t. But I’m willing to try newthings and she is too, so we get to open our minds.”