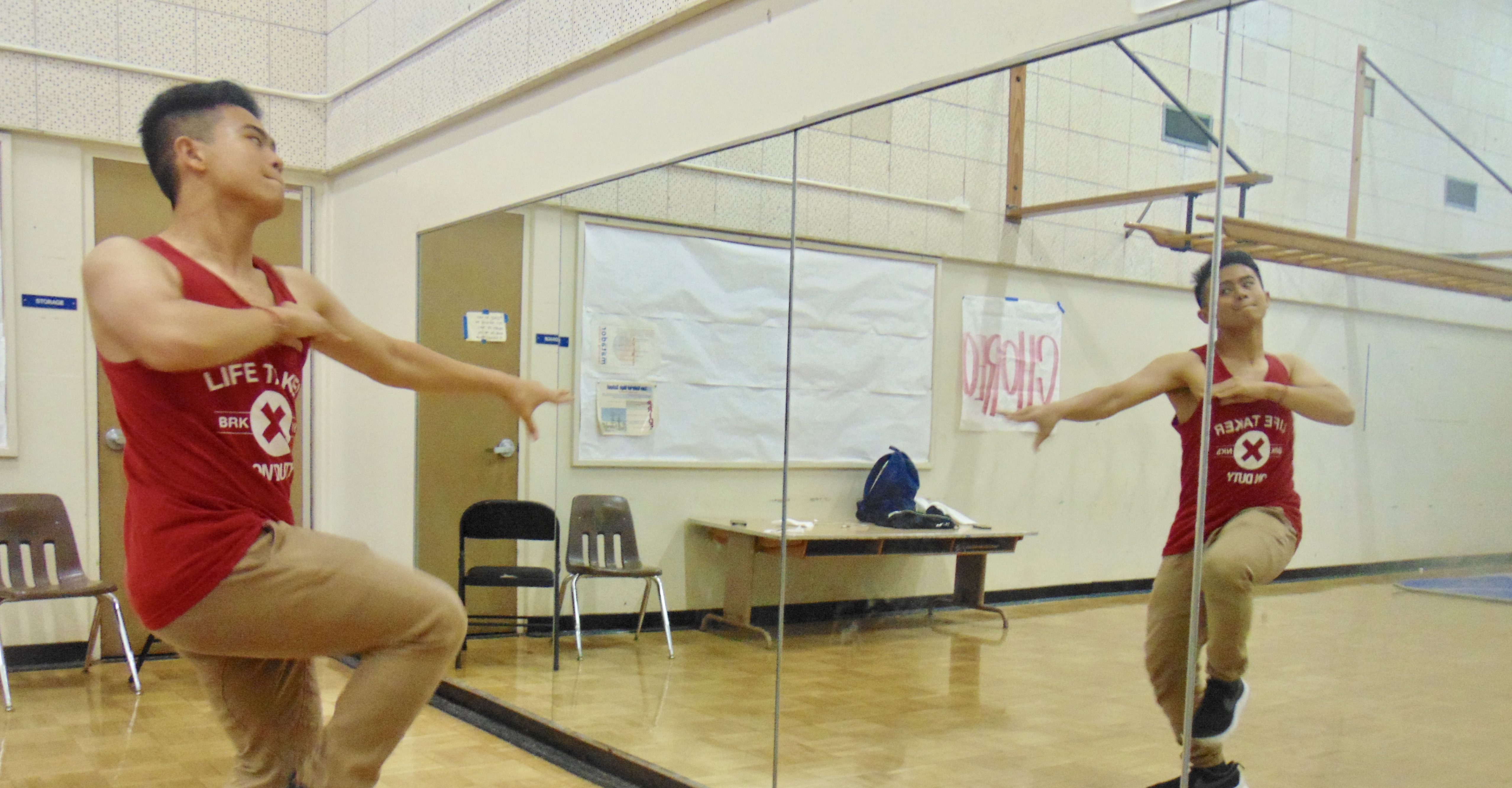 It all started in kindergarten. The teacher had simply asked the students to dance to the music being played. While everyone waved their hands in the air and twirled in circles, there was one kid who stood out. He was the only kid that would go absolutely wild.  That is when senior Jimmy Truong discovered his passion for dancing.

Truong has always been an avid dancer, taking on the positions of co-captain and vice president in All Male. When he was young, his friends and family taught him simple moves from shuffling and how to dougie. Over time, his zeal for dance began to grow. Initially, Truong had never found anything that he truly belonged in until he joined All Male his freshman year.

“No matter what sport I tried, whether it was football, basketball, or soccer, they were never as fun as dance,” Truong said. “Dance was simply more fun than any other activity.”

Truong especially enjoys not only dancing, but the team bonding as well. The fact that the members of All Male bond and interact with each other while disregarding cliques and age is something he treasures.

“One moment that I cherish was during senior night when the freshmen gave us gifts,” Truong said. “They gave me a card and I still keep that card today. It’s just very nice to read it over and over.”

Currently, he is interested in a new style of dance called urban choreography, a combination of several dance styles that is mostly based on the dancer’s own interpretation of the music. He also plans on making a start on YouTube.

“For dancing, I’m going to record [a dance video] on Feb. 3 and hopefully, about two weeks after that, I can post it on YouTube,” Truong said. “I’m just trying to make dance videos more and more so I can get myself more known.”

In the near future, Truong plans on attending University of California, Irvine and majoring in dance education. He wants to become a dance educator, direct All Male, and join dance teams.

“The reason I want to make [dance] a career in the first place is that I want to still dance and I want my job to be my excuse to not stop dancing,” Truong said. “I don’t want to be an office worker. I want to keep dancing forever.”